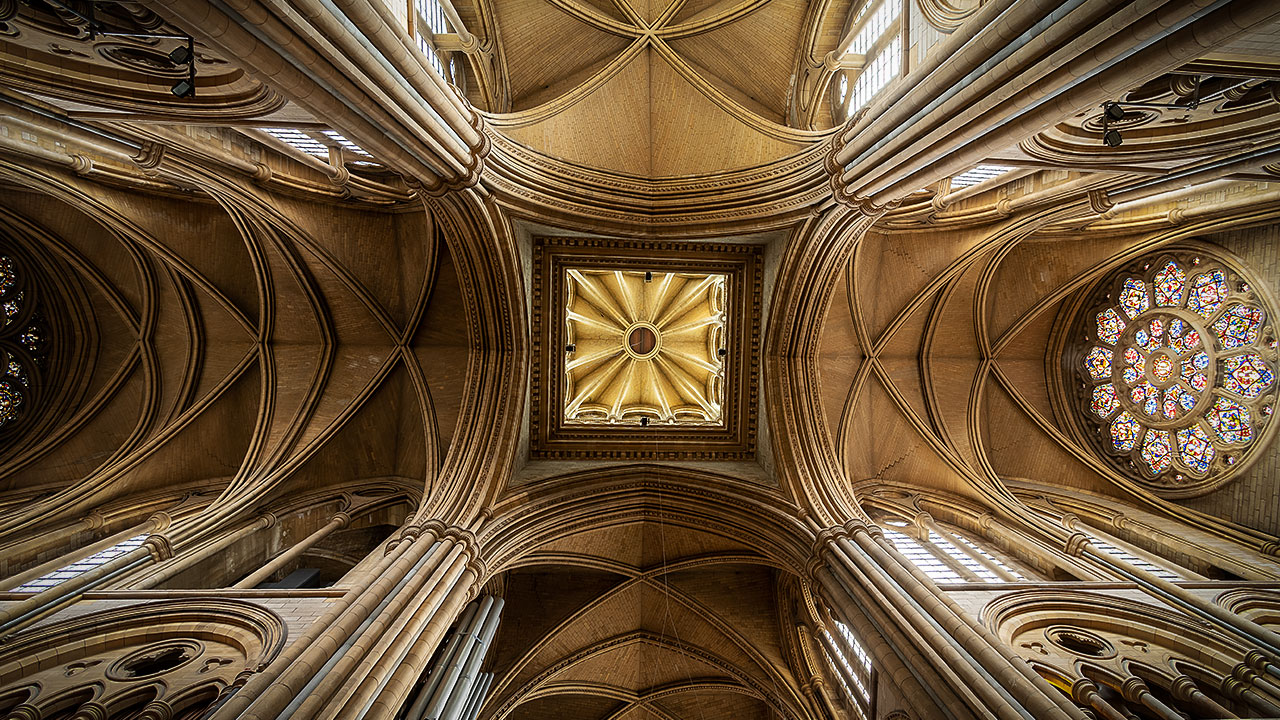 Characteristics of Gothic Architecture that BIM Students Should Know

Gothic architecture is a style most known for its influences in the structure and design of cathedrals. This type of architecture began in the mid-12th century in France and the United Kingdom before later making its way throughout the rest of Europe. It can be recognized by its tall, detailed, and delicate features, exhibited in structures such as the Notre-Dame Cathedral in Paris. Many of its quintessential characteristics are admired for the innovation and advancements they represented for architecture at the time, and those studying architectural design can learn much from this period.

Today, students can gain inspiration from these past architectural developments to help construct a brighter future. Here’s how Gothic architecture took shape over its history.

The Beginnings of Gothic Architecture

This style followed and built upon Romanesque architecture, which was characterized by thick walls, arches, and rounded ceilings. Gothic architecture helped usher in a new structural style, taking these Romanesque features and transforming them into something greater. This involved increasing the size of the arches and windows, and the height of the ceilings. With these transformations, Gothic designers aimed to avoid the risk of collapse common with Romanesque buildings, as traditional arched roofs—and the stonework used to shape them—created pressure on the walls holding them up. Gothic architects left the thick walls behind with the use of flying buttresses, ribbed vaults, and pointed arches. These innovations would change how the weight was absorbed and transferred, reducing the pressure on the walls, and alleviating the need for thicker ones. Students in BIM courses may be interested to know how each of these innovations enabled the construction of more delicate, detailed structures with thinner walls, higher ceilings, and larger stained glass windows.

Students in building information modeling courses might be especially interested in some of the innovations found in Gothic architecture. Gothic architecture features several innovative characteristics that allow for cathedrals and churches to be impressive in height and structure. Ribbed vaults were used across wide ceiling spaces, made up of a framework of intersecting stone ribs that served to reduce the vault’s weight and outward thrust. Weight, instead of being distributed along a wall’s edge, was distributed via the ribs. This weight was also absorbed by Gothic innovations such as flying buttresses. Flying buttresses were semi-arched exterior structures laterally supporting the vault of a roof with an inclined bar extending from an upper wall to a vertical pier, allowing for higher ceilings and better-supported walls. Pointed arches, as opposed to rounded ones, were another Gothic invention. The use of these arches allowed for less stress on other structural elements by vertically distributing the weight of a vault. This, in turn, enabled the use of slimmer columns in the arch. All of these features yielded an interior which was spacious and magnificent—and as Gothic architecture evolved, the styles became more complex and decorative. 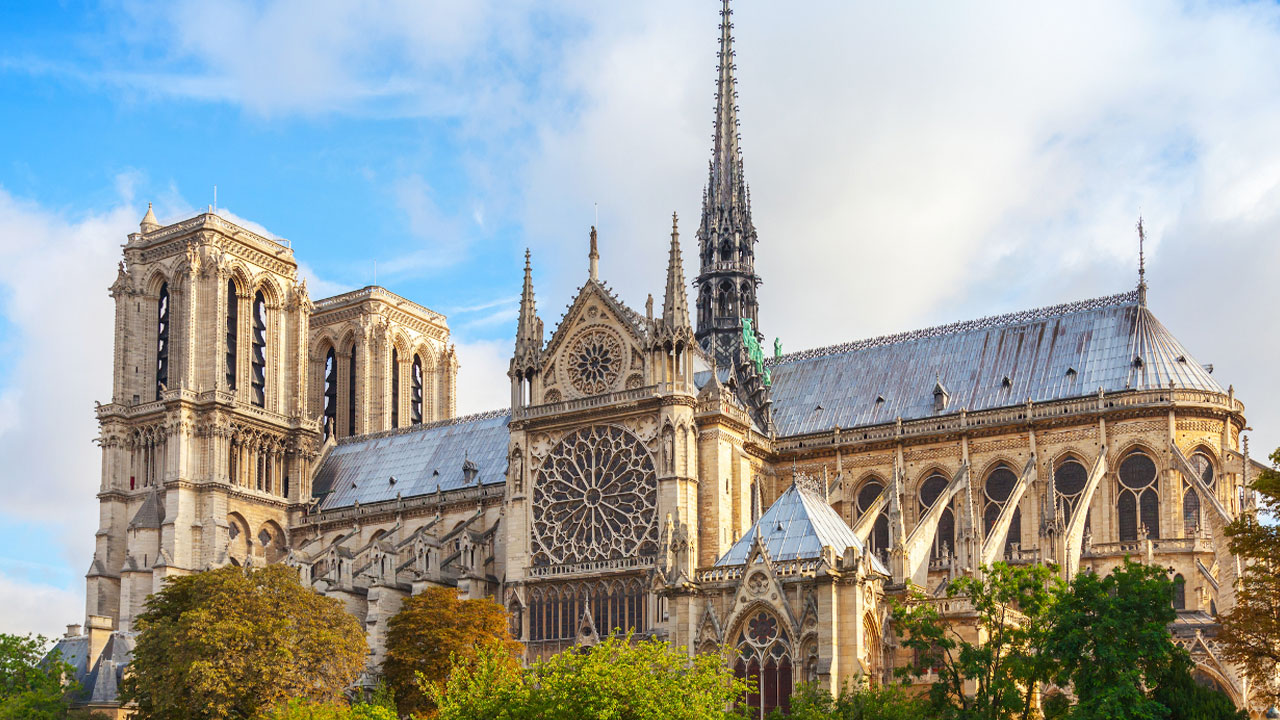 Gothic architecture is composed of three periods: the Early Gothic, from 1120 to 1200; the High Gothic (or “Rayonnant”) from 1200 to 1280; and the Late Gothic (or “Flamboyant”) from 1280 to 1500. For those who want to learn BIM for their career, the Early Gothic period may be the most informative, as it was during this period that Gothic architecture would experience true structural innovations and a marked departure from the Romanesque style. This period was first solidified with the construction of the Basilica of Saint-Denis in France, starting in 1140. Gothic architecture in this period was characterized by the unique pattern of arches, vaults, and columns that made up the interior, and architects were focused on perfecting the techniques which enabled higher walls and enhanced weight distribution.

The Rayonnant period was characterized by more elaborate decoration and ornamentation, more complex ribbed vaulting, and an overall focus on the structure’s look rather than its integrity. The Cathedral of Reims was conceived during this era, marked by decorative features such as window tracery, which distinguished the period.

Lastly, the Flamboyant period marked the end of Gothic architecture. Like Rayonnant, it was marked by a lack of structural change and increasing attention to image and detail. There are barely any churches constructed in full Flamboyant style, which is characterized by the window tracery’s S-shaped curve, increased exterior tracery, more complex vaulting patterns, and more.

Nowadays, Gothic architecture is still revered for its innovations, which made it possible for some of the most magnificent cathedrals still standing today. Students of architectural design can still learn from these techniques.