The World of Storage Tanks for Process Piping Drafting

Storage tanks: they can be found in many different industries, and store many different kinds of liquids. But what are the most important aspects about them for process piping students to know about? For one, these storage tanks are used for primarily industrial purposes and contain materials such as oil, gas, and water. More specifically, they can store materials like crude oil, propane, organic and non-organic liquids, fertilizer, and liquefied natural gas, depending on the tank’s specific purpose. The tanks themselves can be made from various materials, such as steel, concrete, plastic, or fibreglass. They can also be vertical, horizontal, or underground.

Although this summarizes what storage tanks are made of, and what they’re capable of doing, there’s much more worth learning about for your journey in process piping. Here’s what you need to know about the world of storage tanks.

The Many Different Types of Storage Tanks, and Their Purposes

There are multiple kinds of industrial storage tanks, each with a different appearance and purpose. These include floating roof tanks, which can be internal or external, as well as domed variants of external floating roof tanks. Tank shapes can also vary, with horizontal or vertical cylinders, flat or cone-shaped bottoms, and either closed or open tops. Internal floating roof tanks contain both floating and fixed roofs and can either use self-supporting roofs or vertical columns to help support them. Students in process piping drafting courses should note that, with external tanks, the roof floats on the liquid’s surface, and they feature welded steel plate decks and a cylindrical steel shell with an open top.

Domed external tanks combine both the fixed roof of an internal tank with an external tank’s more robust decks, and the fixed roof is used to prevent interference from wind. Fixed-roof tanks are another common type of storage tank and offer more affordability as far as building costs go. Composed mainly of a roof shaped like a dome with a steel shell, fixed-roof tanks meet the minimum criteria for liquid storage, and are considered the most common among storage tank types. Any student hoping for a future career in process piping drafting may notice that they can also come in several styles, such as umbrella tanks (the type with the smallest investment for construction, though their use is exclusive to non-sensitive materials) and domed tanks (which can store non-sensitive fluids in great quantities). Other types of tanks include liquefied natural gas tanks (which are specialized tanks for those materials), pressure tanks (to contain internal or external pressure), horizontal tanks (typically small in size, and often made of either polyester or steel), and vapour space tanks (for the purpose of handling fluctuations in vapour volume). 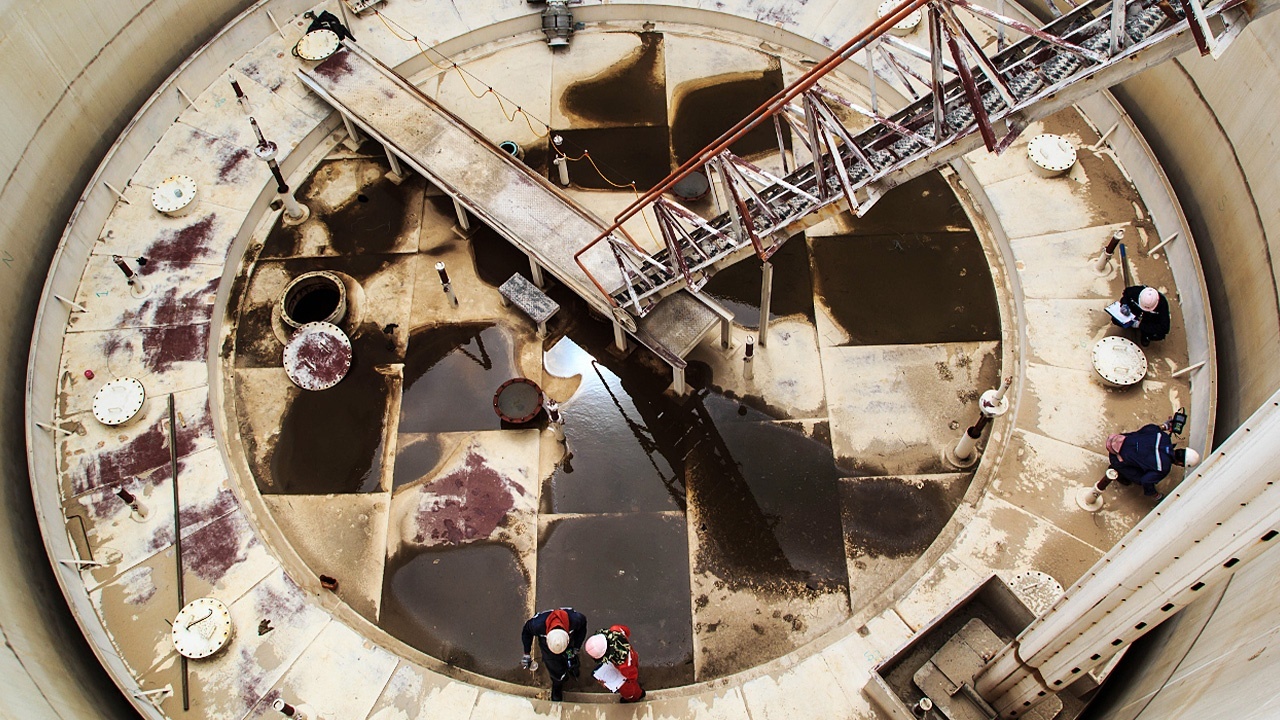 Floating roof tanks can be either internal or external

Why Storage Tanks Are Important for Process Piping

Most storage tanks contain either vapours or liquids (whether organic or non-organic) and come in different sizes (between two to 60 metres or more in diameter). Storage tanks also can be useful for a variety of industries, such as chemical manufacturing, petroleum production/refinement, energy/power generation, plastic and cosmetic processing, steel, bulk storage, and even the food and beverage industry. They are also largely found in containment basins, to act as a safety net of sorts during tank ruptures in order to keep spillages at bay. Some types of storage tanks are also more compatible with storing certain types of chemicals than others. For example, fixed roof tanks are most commonly used for non-sensitive materials, due to their need for air exposure.

Those doing their process piping training should also understand why storage tanks are necessary and important for these types of usage. For one, they’re convenient for those working around them to use as a venue from which fuels, chemicals, and other materials can be readily available. Furthermore, gases, fuel, and liquids need to be stored in containers that are equipped to handle them for any stretch of time, so that the refinement and production of the materials needing them can be carried out. Storage tanks are also recyclable, resistant to corrosion, are durable, and can withstand long periods of time containing these materials. They also help increase productivity and safety through their protective covers and heat preservation mechanisms—the latter of which minimizes possible evaporation.