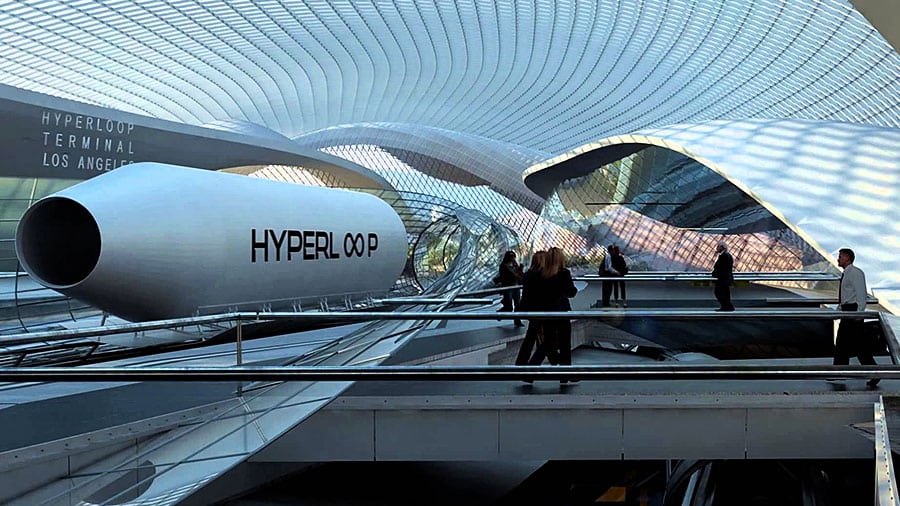 Could the future of transport be “a cross between a Concorde, a railgun, and an air hockey table?” That’s how Elon Musk describes Hyperloop, a high speed transit system which his company SpaceX have been inviting student engineering teams around the country to submit designs for, as part of a competition which will culminate in a pod race later this year.

The proposed vehicles would be used in tunnels with lowered air pressure in order to lessen resistance, in a manner similar to high altitude flying, and run on either magnetic levitation trains or use air bearing to allow the pods to float through the air. With a theoretical top speed of 1,223km/h, the pods would be capable of getting from Edmonton to Banff in less than thirty minutes.

If the Hyperloop project is successful, students in CAD training could well find themselves working on the designs for these kinds of systems in the future. This competition provides a fascinating glimpse of what that could look like. Read on to check out some of the most interesting entries.

1. CAD College Students Will Be Impressed by the Badgerloop Safety Features

Designed by students at the University of Wisconsin-Madison, the 15-foot Badgerloop Pod won the Pod Technical Excellence Award at SpaceX’s Design Weekend in January. The pod uses Halbach arrays to facilitate magnetic levitation, and has a lightweight carbon fiber shell.

Students completing their CAD training will also be happy to know that safety was a top priority for this design team. The Badgerloop Pod comes equipped with industry grade electrical and control systems, and an innovative brake system was developed for it that relies on a regenerative, contactless eddy current scheme.

The entry designed by students at Lehigh University uses compressed air powered by an Ingersoll rotary compressor to levitate, with a custom-designed hover engine to provide propulsion.

CAD college students know that many different factors need to be taken into account when creating a design. Performance is important, but so too is affordability and user experience. That’s why many students might be interested to note that Lehigh made end user experience a particular priority, even including a special handicap accessible seat that lifts out of the pod on a scissor lift for easy access.

3. Delft Hyperloop: A Virtual Vision of the Future for CAD College Students

Delft University of Technology’s entry won the Pod Innovation Award at Design Weekend. The pod uses a similar magnetic levitation system to the one employed by the Badgerloop team, but Delft students also focused on traveler comfort like Lehigh.

4. What Students in CAD Courses Can Learn From the MIT Hyperloop

The MIT Hyperloop took home the Best Overall Design Award at Design Weekend. The MIT Hyperloop focuses on practicality, and students in CAD courses will notice its simplistic ladder frame design, which was chosen to facilitate assembly line manufacturing.

The pod has a lightweight carbon fiber outer shell, and uses a passive magnetic levitation system that relies on neodymium magnets. The team also designed a lift suspension system that reduces vibrations in the pod for a smoother ride, and an electronic system that allows for autonomous flight control and braking.

Interested in working on the engineering and infrastructure projects of the future?

Contact us to find out how you can start your first CAD training course!